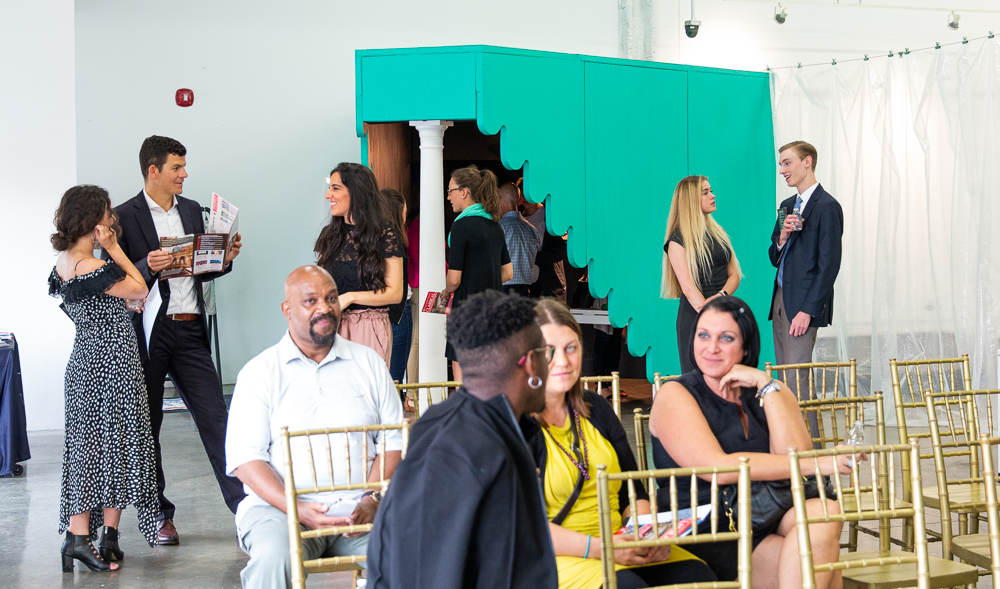 The demographic composition of the United States is in the midst of a “revolution” with the country’s economy, society, and identity transforming. Due to this, it has never been more important for businesses to understand the needs and habits of multicultural consumers. Nielsen released three in-depth reports on African American, Asian American, and Latinx consumers as part of their Diversity Intelligence Series. The reports include comprehensive research on the consumer groups’ path to purchase to help marketers build “authentic and sustainable connections.”

The Blended Collective team read the three 60-page reports, so you don’t have to (but you really should!). We found several patterns among the three consumer groups, but five things especially stood out to us:

Currently, Latinx, Asians, and Blacks have a combined population of 130 million, making up nearly half of the U.S. population and that number is only growing with Hispanics expected to almost double their population in the next 40 years. The economic influence of multicultural consumers is undeniable with a buying power of $4 trillion all together – another number that is on the rise with Asians reaching 1.3 trillion and Hispanics reaching 1.9 trillion by 2023. Minority groups are a driving force of the economy and it is clear that they are not going anywhere any time soon.

All three consumer groups, with African Americans in the lead, scored high in their eagerness to share purchasing experiences with family and friends, online and offline. Asian Americans are especially enthusiastic about sharing opinions in regards to technology, food, and automobiles. Not only do multicultural consumers love to share their opinions, but they also heavily rely on the opinions of friends, family, and online reviews in the purchasing process – Latinx consumers exceed the general population by 20% in this category. These statistics prove multicultural consumers depend on their community and think about seeking the opinions of people around them before making financial decisions.

Brands should take a stand

Multicultural consumers are passionate about selecting brands whose image and values align with their own. 45% of Latinx consumers and 42% of Black consumers expect the brands they buy to support social causes. The growing availability of black-owned businesses that are socially conscious – such as Rihanna’s inclusive cosmetic line, Fenty Beauty and Melissa Butler’s vegan lipstick brand, The Lip Bar – are greatly impacting the African American path to purchase. Marketers need to be thoughtful in the social causes they support and “understand not only the benefit of supporting [them] but also the risks of not.”

Multicultural consumers are young and have almost entirely grown up in the digital age. Hispanics are the youngest group with a median age of 28 – the median age of the total population being 38. African Americans have the largest millennial population with more than half being 34 years old or younger.

Hispanics are avid media users, spending about 27 hours a week on apps or websites and 29+ hours watching television. Furthermore, African Americans adopt new or multiple devices at higher rates than the general population, and are 37% more likely than the total population to be the first among peers to try new tech products. Moreover, Asian Americans exceed the total population in their use of social media for product research and engagement. Marketers should embrace social media and other digital tools to reach multicultural audiences, especially if they have younger target markets.

One size does not fit all

Multicultural consumers represent about 40% of the population, yet multicultural ad spend only makes up 5% of marketing budgets. In fact, marketers have decreased spending on advertising designed to reach African American consumers in the past two years. Companies assume they can reach black consumers with a general market approach, especially since there is no language barrier, but this is where they are failing. They are ignoring the unique experiences of black consumers that define their culture and this leads to many missing the mark. On the other hand, although Hispanics and Asians connect strongly with their languages and their countries of origin, they require more than just simple translation to be won over.

The mismatch between ad spend and the reality of the market could be due to 85% of the advertising, communications, and marketing workforce being white professionals. There is a serious need for increased multicultural marketing and representation in the industry – African Americans only make up 5% of the industry and there are less than 100 women of color in executive positions.

Nielsen’s reports emphasize the gap that still exists in the industry between minority representation and an accurate reflection of the country’s evolving demographic. Minorities aren’t going to be the minority for much longer, so the importance of understanding diverse cultural differences is becoming increasingly vital to build authentic relationships and long-term brand loyalty. In order to be successful and profitable in today’s world, brands must realize that diversity, equity, and inclusion are more than a checkbox.

The best brands evoke the emotions of their customers by tapping into their hearts and minds.

In this book, marketing and brand strategist Lydia Michael breaks down the process of building culturally-inclusive, long-lasting consumer-brand relationships.

Brand Love describes how brands appeal to the emotions of their consumers and why everybody benefits when brands earn the love of their customers. Lydia explains what marketers need to do to make consumers fall for their brands. The book builds on in-depth brand interviews and insights from companies such as Huda Beauty, LEGO, and Toyota. She also shares what she has learned through client work and her observations in multicultural settings. Offering insight into the use of emotional and rational drivers, she introduces a “brand love” model designed to inspire brand loyalty and advocacy. Lydia highlights the best ways to create or reinforce brand love to help your organization remain profitable and a source of inspiration – even during challenging times.

Whether you’re a marketer for a big or small brand, Brand Love will show you how to capture the hearts of your customers.