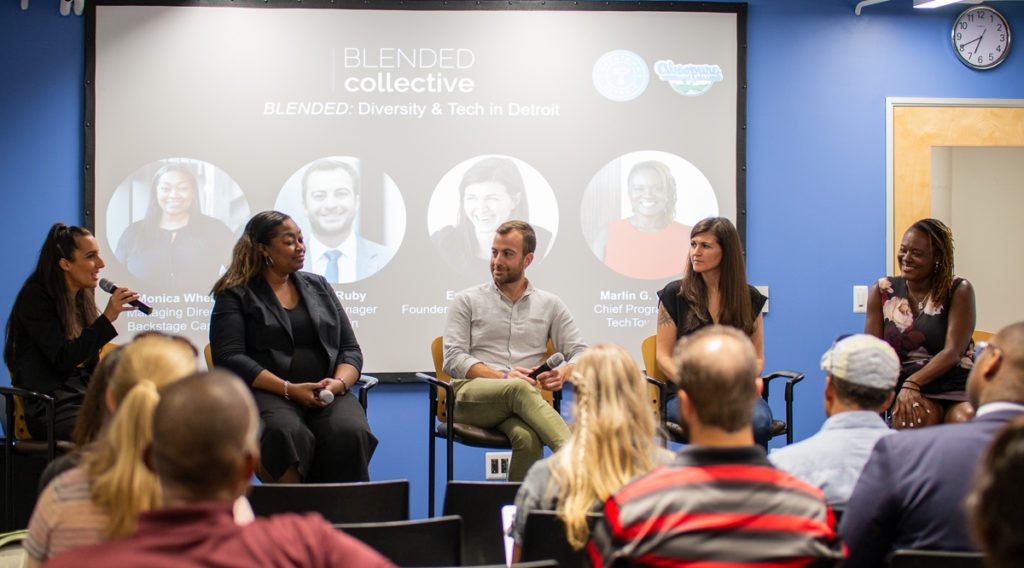 Though the tech industry is complex in innovation and intellection, traditionally, the majority of seats at the groundbreaking tables have been homogenous. A lack of diversity in gender, race, age, and educational background have oftentimes resulted in a lack of diverse perspectives and thought processes – essential components to effective technological breakthroughs. Each of our four panelists brought a niche perspective to the conversation regarding tech diversity, as they are all, in their own ways, working diligently to see more diversity in tech throughout the city of Detroit.

Meet the host and panelists (left to right):

What does diversity and multiculturalism mean to you? How do you define it in the context of your work in the tech space?

Jake – “Multiculturalism is about opening yourself up to meet people where they are, and create an environment where they can be their own selves. I’m always growing in understanding on how to be more inclusive and make people feel like they belong. The number one thing in starting the Detroit LinkedIn office is that we needed to have a workforce that represented the city that we were in. If we didn’t do that, it wouldn’t have aligned with our greater vision. With multiculturalism, it is about being a constant learner and constant student.” 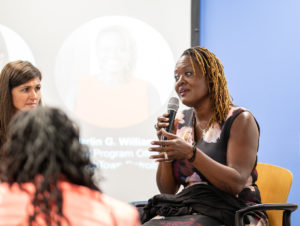 Marlin – “I founded Sisters Code to empower women 25-85 to get into the coding game. Within the tech industry, there is a diversity in culture, or what we call “culture fit”. For example, we have a woman who was in her 50’s and we took her to a see a workspace. She had never worked at a workspace that had a ping pong table or a place that offered beer on Fridays, so I had an honest conversation with the team to see if she would be a culture fit and they said no. She’s great at what she does, but creating spaces for different types of people to be successful inis one thing we can grow in Detroit.”

Why is diversity in the tech space important? 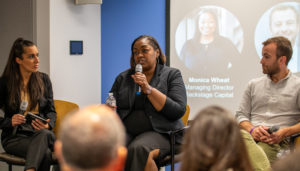 Monica – “Tech is supposed to make processes easier. If you don’t have a diverse thought process in creating things, then what you are doing is suboptimal. For example, artificial intelligence (AI) is created by a database of information, so if the people who are creating it aren’t diverse and aren’t using certain colloquialisms, then they are not creating it for a diverse group of people.”

Emily – ”The jobs coming up in the future are going to be a lot of tech jobs, so it is important to make sure that the people who are going to get the jobs are prepared. In Detroit, the population is about 88% African American, but the majority of companies are not started by native Detroiters or African Americans.

Jake, now that LinkedIn has established its presence in Detroit, can you share a little more about the efforts you’re putting in place for tech and diversity? You’ve mentioned that out of all the LinkedIn offices nationally, Detroit is going to be the most diverse one. Can you share more on that?

“We are a company that loves focus. When coming into Detroit, we focused immediately on targeting Black and Latino populations. The typical profile to work at LinkedInis to have a tech background in order to just get past the first round. So, for hiring, we expanded the qualifications. We now have people who come from diverse backgrounds like construction sales or law. It’s not mandatory to have had sales experience in order to step into a sales position with us now.”

Marlin, what are the necessary steps for tech companies in Detroit to become more diverse? How can they do so through education and/or intentional talent searching?

“First, be serious about it. There are gimmicks and programs, but as a consultant, I have challenged CEOs to be honest if they really want to be diverse. To know if a company is serious, look at their board of directorsor their C-suite. Some people have great intentions to promote a diverse workplace, but they do so without plans for inclusion. You can’t have a diverse workplace without inclusion. When people do that, you know it’s just talk. When you really do it, you know it’s not a side hustle. You have to have someone who is laser focused to lead the way.” 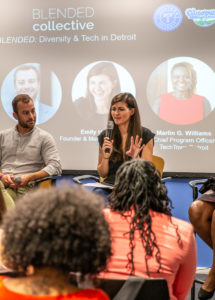 Emily, can you talk to us about your entrepreneurship studies in Ohio and Michigan, and how you ensure that capital flows into companies led by women, people of color and so forth? Where do you see the future?

How do you see the diversity the changing within the tech space?

Marlin – “We recently started an Innovation Studio at TechTown. Fifteen companies joined us with about 40 people, and 95% of the people in the room were African American. I see an upswing, but it takes intentionality.”

Jake – “The process for change starts when you realize there is a problem. Sometimes you will look at the data and it will make you sick to your stomach. But, the bright side is the data that is coming out. It is crucial for the growth of diversity in the tech culture to see there’s a lot of work to be done.” 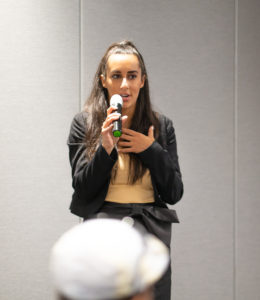 What does Blended mean to you?

Jake – “Blended is an aspirational goal that we get to a point that this conversation is out of date and retroactive. That is what I aspire to. The goal is to be able to walk into a room or meeting and for people to not question whether or not they belong there.”

Monica – “A lot of the D&I panels I’ve spoken on are either allAfrican Americans or Hispanics or women, yet we’re talking about diversity and inclusion. It’s false to expect or think that a company will function on its own like that. Blended to me are the mixed perspectives that make a company. A real company makes all different types of people work together.”

Marlin – “Blended is the courage to mix things up and have difficult conversations. And the courage that if you have a seat at the table, to speak up or give your seat up.” 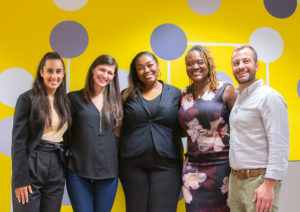 This event is part of our quarterly speaker event series. Our next special edition Blended panel as part of Detroit Month of Design takes place on Friday, September 13, 2019 at ArcPrep in Detroit. Register here.