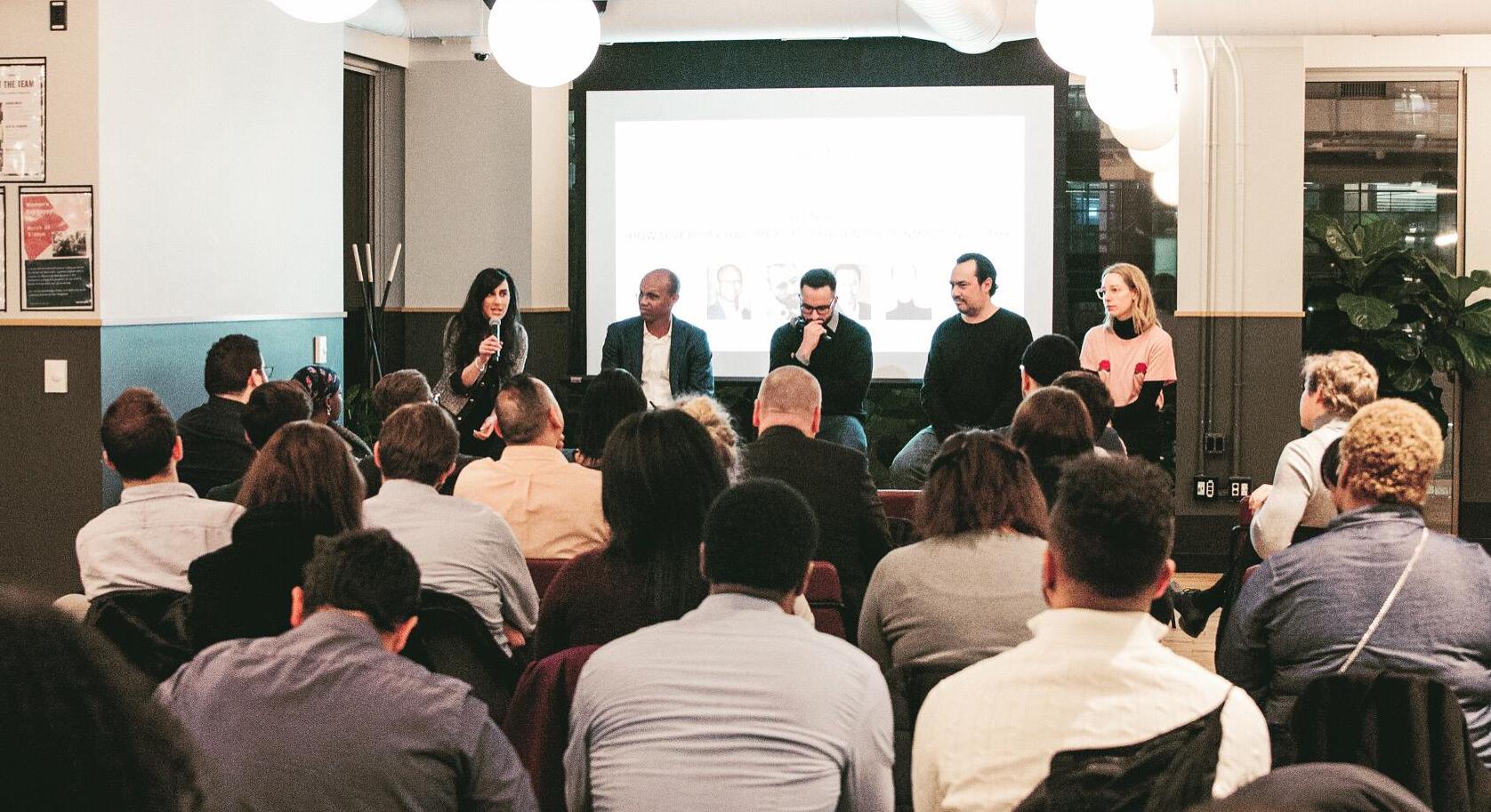 Last week, we launched the first of our quarterly speaker event series Blended. Held at WeWork Campus Martius in Detroit, the topic was reflective of one of Blended Collective’s core values: diversity. The topic, How Diversity Has Impacted the Entertainment Industry attracted an audience of 40 diverse and engaged individuals. Each panelist’s different cultural backgrounds and perspectives challenged the audience to think of diversity in a more expansive way than conversations of this sort typically inspire.

The conversation started with the audience sharing their thoughts on diversity, which included themes on culture, religion, experiences, skill sets, education, gender, and ages. After the panelists discussed their individual views on how diversity has impacted industries such as film and music, the conversation shifted toward whether diversity is a value, trend, or both. Though there was a consensus that it’s of value to most to boost productivity and creativity, there were also opinions that the topic of diversity indeed can create the perception of a trend, as companies try to incorporate elements of diversity to be more attractive.

Pandora’s Automotive Head of Industry, Randall McAdory, confirmed that without a doubt all conversations he has with potential advertisers include some type of conversation about reaching diverse audiences. With Pandora’s wide and diverse audience reach, automotive advertisers use this to drive relevant messaging to specific diverse audiences of listeners. Though companies recognize the value of diversity to professionals and employees, there’s a need to be proactive in blazing your own trail. Kevin Ketels, marketing and consumer behavior expert, encourages people to build their own agencies and hire diverse teams in order to encourage change. He passionately explained that as people of diverse backgrounds,

“We can either wait to be invited for a seat at the table or create our own.”

Hamoody Jaafar, a film director at Woodward Original, implements change by bridging the cultural gap through his work. Growing up in Detroit as a minority with Middle Eastern roots drives him to create people-centric content in an effort to shed light on people instead of stereotypes. He emphasizes the importance of maintaining the authenticity of the story. Detroit Diamond, his recent independent short film based on a true story, tells the story of a single, heroin-addicted mother who fights for the custody of her child. Weeks before the film production start, both Hamoody and the writer made a conscious decision to replace the only male supporting role in the film with a female character. This made Detroit Diamond an all-female cast of all the lead and supporting roles. 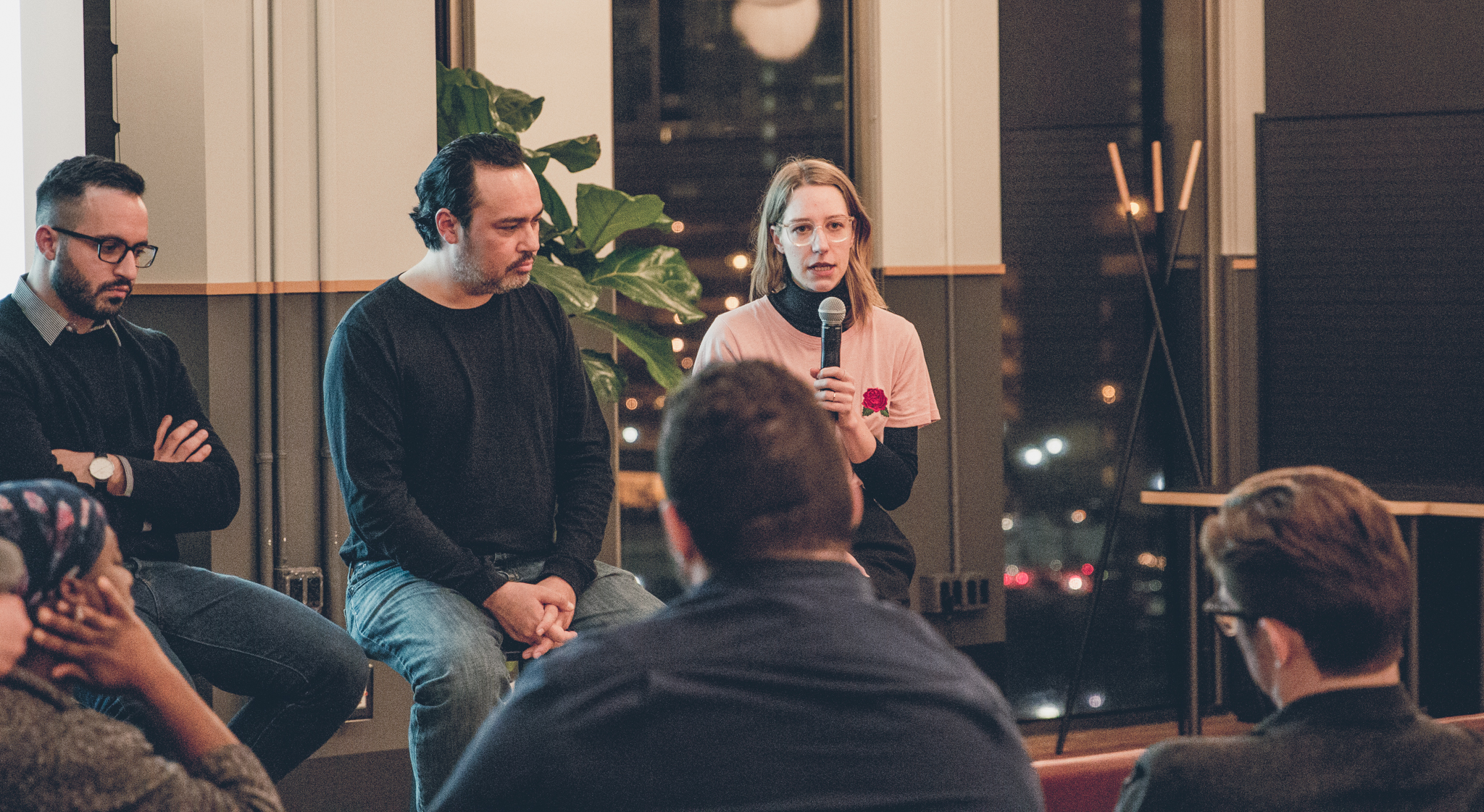 The female perspective during our panel discussion was supported by Victoria Kaempfe, formerly of Universal Music Group in Berlin, Germany, and now a creative freelancer temporarily based in Detroit. While she explained how females are underrepresented in the Entertainment industry, she suggested that we, as women, must take matters into our own hands by speaking up and doing our due diligence. “If we want change, we need to speak up and encourage people to do the same.”

Blended signified all of those various perspectives coming together to move the conversation forward. To end the panel discussion, the panelists shared what Blended means to them. While many were in agreement that it’s a blend of cultures and diverse groups merging and co-existing, Pandora’s McAdory ended it with an interesting analogy,

“Blending cultures is similar to using salt in your food. Whatever other spices you add to it, it only makes it that much better.” 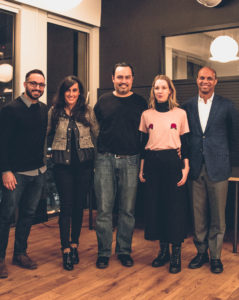 This event is part of our quarterly speaker event series. The next Blended panel discussion about Multicultural Marketing in the Automotive Industry will take place on June 27, 2018 in Detroit.